The store will not work correctly in the case when cookies are disabled.
Izbornik
Profil
Postavke
Jezik
Hrvatski
Valuta
HRK 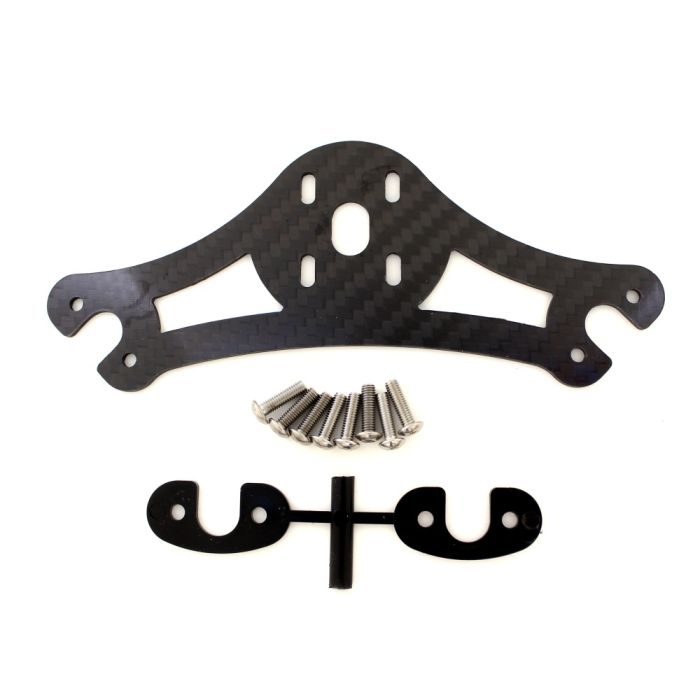 Skip to the beginning of the images gallery

With the all new MARS MINI Phantom Mount Upgrade, you now have the ability to add ballistic parachute capability to your Phantom aircraft, adding a whole new level of safety, sanity and peace of mind when flying your Phantom.

This system can be utilized with the stock DJI transmitter (full details below), can be paired with an 8+ channel aftermarket transmitter of your choice for maximum capability, or for the very best in parachute deployment, the all new “Mayday” auto deployment system – details below.

Coalesced with the MARS MINI V2 parachute system, your Phantom has an all new capability of returning to earth safely. Whether it be a motor, prop or other type of failure that may take place, you no longer need to risk your expensive investment to the ground below, allowing your aircraft to be safely recovered at the flip of a switch.

For true levels of sanity, the MARS Phantom Mount Upgrade kit is the perfect solution to bring your investment home safe & sound, allowing you to relax and enjoy the flight in the way it was supposed to be enjoyed.

Protect your investment with ballistic parachute technology, adding true reliability & safety to one of the most capable multi rotors on the market today.

Usage of the MARS MINI parachute system with the DJI Phantom series requires an aftermarket transmitter with (8)+ channel capability for full Phantom capability. The stock DJI transmitter can be utilized (details & instructions below), but the gimbal tilt function will no longer be available, as this will be the control method to deploy the parachute system.

How Do I Pair My Phantom To An Aftermarket Transmitter?

This is very simple, and even more, there are dozens of YouTube videos that can walk you through the process in a matter of a few minutes.

In short, the process involves removing your Phantom shell, removing the stock DJI receiver system, and installing the receiver system of your choice. With this option, you will use male to male servo connectors to connect the NAZA flight controller to your aftermarket receiver, and after some simple transmitter programming, you can now utilize your aftermarket transmitter to control the key features of your Phantom, such as Fail Safe, Course Lock, Home Lock, GPS Mode, ATTI Mode, Return to Home, and best of all, deployment of your MARS MINI parachute system.

Many reasons. An aftermarket transmitter will provide you with a much greater level of functionality, programmability, and better range as well. The stock DJI transmitter is very basic, and lacks many of the capabilities that aftermarket transmitters have to offer, such as multiple switch settings, telemetry options, custom programs, and ways to tailor the aircraft to suit your flying style.

In short, an aftermarket transmitter opens up much more capability than the low cost, stock DJI transmitter system ever could, allowing you to take advantage of greater levels of aircraft capability & functionality, such as the use of a MARS parachute system.

How Does the Parachute System Activate?

What Is the Auto Deployment System?

This system not only adds an all new layer of safety to your aircraft by reacting instantly when an aircraft failure occurs, but also allows independent parachute deployment that cancels out the need for aftermarket transmitters, stock transmitter modifications, or any other issues involving your transmitter of choice.

Simple & straight forward, the “Mayday” auto deployment system is the very best option when it comes to the MARS parachute system, allowing you to simply fly without the slightest worry of a crash or failure.

What Props Do I Need To Use?

If you are in need of sticking with the 9.4″ Phantom propellers, we suggest you check out the MARS Series 36 Lite, which offers the ability to keep the stock 9.4″ props by using under slung parachutes.

#1: If your transmitter does not already have the gimbal tilt slider switch on the back of the transmitter, this optional DJI item will need to be purchased separately and installed in your DJI transmitter.

#2: Open the NAZA assistant and proceed to the “Advanced” section. Select “Gimbal Settings,” and turn the “Gimbal Switch” to the “On” position. Once completed, reduce F2 (pitch) gain to 0.

#5: Test the tilt lever and make sure that the servo horn via the MARS MINI unit clears the closure door of the parachute, allowing the parachute to be released.

Note: To manually control the parachute and also shut down the motors when the parachute is activated, the DJI Phantom cutoff type in the NAZA Assistant will need to be set to “Immediate” for proper usage, allowing the parachute to be deployed without the props being intertwined in the spinning propellers.